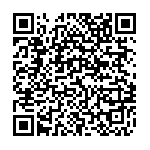 240 teachers trained following AVSI psychosocial module in Goma and its environs. On March 19th at the Disasi Primary school, in the district of Mugunga, Goma, UNESCO celebrated the official launch of education in emergency projects for 2014 by gathering all its partners including AVSI.

Thanks to the funding of the Japanese Cooperation, in March 2014 UNESCO and AVSI trained 240 teachers and headmasters through AVSI Psychosocial Module.
The training, aimed at strengthening teachers and headmasters’ capacities in the field of education in emergency, involved 27 primary and secondary schools in Goma and surrounding areas. AVSI psychosocial module is recognized by the Ministry of Education of DRC and by the Unicef-led Education Cluster.
The module addresses the most sensitive issues of pedagogy and education tailoring them to the specific emergency setting of the DR Congo. Among the topics: understanding yourself and others, the development of the person and his/her needs and environment. Furthermore, the training helps teachers to think about the most proper methods for guiding children along their pathway to growth and change as well as to develop their listening and counseling skills.
Particular attention is given to expressive and recreational activities aimed at addressing traumatic events and promoting peacebuilding. At the end of the training, each participant is provided whit a psychosocial manual, and each school receives a recreational kit in order to carry out the activities proposed during the training.
UNESCO and AVSI, in collaboration with the Ministry of Primary, Secondary and Professional Education (EPSP) of DR Congo, aim to support teachers to meet the challenges they have to face in their job as well as to promote quality education, especially in emergency and conflict situations.
The Democratic Republic of the Congo (DRC) has a population of 72 million people, 70% of them live below the poverty line. According to UNDP, in 2013 the DRC was ranked 172nd out of 172 countries on the Human Development Index list. There is continuous turmoil in the country, especially in the Eastern provinces of North and South Kivu, due to several issues ranging from the presence of a large number of armed groups to violence, continuous displacement of the population and lack of a proper infrastructure.
AVSI has been operating in the Democratic Republic of Congo since 1972 in the areas of North and South Kivu. Its activities focus on the fields of education, child protection, food security, and health care in situations of emergency, stabilization and development. AVSI DRC staff includes 255 people. AVSI is based in Goma, with field offices in Bukavu and Uvira.