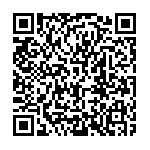 On 1st April 2014, a delegation of the European Union visited AVSI projects in support of people living with disabilities implemented in Pointe-Noire, which is expected to reach about 150 beneficiaries and involve more than 40 artisan workshops.

The European Union delegation from Brazzaville included: Matteo Sirtori, 1st Secretary and Head of Sector, Fanny Derrien, Technical Assistant, Flora Bertizzolo, Operation Manager, Cristina Mosneaga, Head of Program, Maïté Cohen, responsible for communication.
The visit started with a working session between the EU delegation and AVSI staff on the implementation of the project "Improving the socio-economic situation of people with disabilities in Pointe-Noire" which is funded in the framework of the thematic programme "Non-State Actors (NSA) and Local Authorities (LA) in development" of the European Union. The project was presented to the local authorities in December 2013 but the activities started at the beginning of March 2013.
During the mission the EU representatives met some local organizations of people with disabilities, who focused on the difficulties they have to deal with every day and the lack of tools and funds they face for the start-up of their projects. From all their interventions, it emerged a great satisfaction and appreciation for AVSI's work and for the visit  of the European Delegation.
After the meeting, the representatives of those organizations accompanied the EU delegation to visit some artisan workshops and cooperatives supported by AVSI through the vocational trainings and job placement programmes.
Luis Sisto, AVSI representative and manager of the EU project in Point e Noire reported that "Currently, AVSI carries out vocational training courses for 134 disabled people involving more than 40 artisan workshops as well as teacher training and literacy activities".
It is estimated that more than 7 thousand people with disabilities live in Point-Noire and this project is a great opportunity for them. It is implemented thanks to the funding of the European Union and according to the National Action Plan launched in Congo Brazzaville in 2009 to support about 350 thousand vulnerable people.