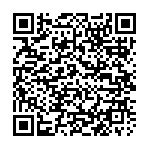 A workshop organized by AVSI together with Fondazione Eni Enrico Mattei on the impacts of climate change on the most vulnerable people, especially in developing countries. In the framework of the lessons learned from a project funded by the European Commission in Haiti and the Dominican Republic, in connection with the Agenda for Sustainable Development. Actual cases to mitigate the effects described in the recently published report of the Intergovernmental Panel on Climate Change (IPCC).

Extreme weather events could lead to a sharp reduction of agricultural crops and to the spreading of diseases, conflicts and population movements. These are the consequences of climate change that will not be limited to the poorest countries due to the integration of the world economic systems and the probability of important migration phenomena at the global level. The workshop “How does climate change affect our lives?” organized under the patronage of the European Commission on April 17th in Milan, tried to focus on these predictions by comparing them to an actual case concerning an area at risk: the Caribbean. The meeting was attended by about one hundred people ranging from students of concerned faculties to environmental and energy experts, institutions, organizations as well as businesses interested in the issues of sustainable development and environment. The panel was chaired by Alberto Piatti, President of AVSI Foundation and included relevant speakers such as prof. Carlo Carraro, Director of the Climate Change and Sustainable Development program of Fondazione Eni Enrico Mattei, Massimo Tavoni, Deputy Coordinator of the Climate Change and Sustainable Development program of Fondazione Eni Enrico Mattei, Melika Edquist, researcher at Columbia University, Denis Caton, Director of the Pic Makaya National Park, Laura Giappichelli, Policy Officer of the European Union Global Climate Change Alliance, Gerónimo Chotin, from Instituto Dominicano de Desarrollo Integral (IDDI).
While the world is progressing in the definition of the post 2015 Agenda focused on sustainable development, a study carried out by the Columbia University on the “Studies and pilot initiatives to promote environmental sustainability in Dominican Republic and Haiti” project, funded by the EU and implemented by AVSI, highlights that development programmes in areas of climate-related disasters should include the environmental dimension along with the social and economic ones just to prevent these risks. Mitigating climate change’s effects means providing services and opportunities such as education as well as addressing energy poverty. Strengthening community ability to adapt or resilience as well as a global attention to human development are key.
After an introduction by Alberto Piatti, Carlo Carraro opened the debate explaining how the climate change issue has a significant impact on economy not only concerning environment but most of all international and financial relations among states. “It is a matter of economic development, therefore it is related to poverty, to developing countries’ needs as well as climate change’s impacts on Europe and especially on the most vulnerable areas of the world. There is an ethical dimension involving cooperation among countries which is key to take an effective action both on climate change and global development”.
Then, it was the turn of Massimo Tavoni who showed data and analysis on the issue of energy poverty. There are 3 billion people with negligible energy consumption as well as most of Africa and Asia, whereas there are 800 million people responsible for 55% of total energy consumption. Providing universal access for productive energy uses to 3 billion people would increase global energy by about 10%, but significantly in some regions (e.g. Africa). The associated emissions would have a marginal impact on global climate change.
Laura Giappichelli explained the European cooperation policies for poverty reduction and sustainable development starting from the 2006 EU Consesus on Development until the Agenda for Change launched in October 2011. She highlighted the increasing concern of the European Union about climate change’s effects, indeed its financial commitment from now until 2020 has been tripled. Then, she spoke about the Global Climate Change Alliance (GCCA) that was launched in 2007 by the European Commission to strengthen dialogue and cooperation on climate change between the European Union (EU) and developing countries most vulnerable to climate change.
Melika Edquist presented findings and recommendations of her study on the experience of the AVSI project in Haitiand in the Dominican Republicwhich has triggered some levers to mitigate the effects of environmental disasters, highlighting in particular the linkage between migration and environmental conditions. “In Haiti, climate risk is a secondary factor in the cyclical phenomena of migration. Poverty and lack of basic services are the real causes of population’s movements. Implementing effective actions to address these needs is essential in order to break the vicious circle of poverty and natural disasters”.
Denis Caton gave an important contribution to the debate by presenting the practical example of the Haitian national park, which is the subject of the EU-AVSI Environmental Sustainability programme involving 50 thousand peasant families whose livelihoods depend on the natural resources of the area.
To conclude the workshop, Alberto Piatti stressed the key role played by development interventions “In contexts with strong environmental risk factors it is necessary to take actions in order to ensure income generating activities for local people, starting from agriculture, aiming at breaking the vicious circle of poverty and natural disasters. Investing on quality education in the area is a top priority. The positive consequences of education have a potential priceless value in the long term as the dropout rate in rural areas can be effectively reduced.”
Read more about the project