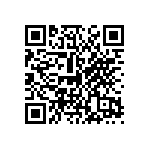 The testimony of Emerithe, twenty years after the Rwandan genocide. She is Aldo’s mother, supported by AVSI in the past. In 1994, they used to hide during the day and walk at night to escape hutus militias. AVSI's support gave Aldo strength and encouragement to studying better and now he feels sufficiently equipped to build his own future.

“The genocide began right after the former President Habyarimana’s plane got crashed. By then, we lived in Murambi. We were at home when one of our neighbors came to see us. Suddenly, we realized that he was no longer as kind as he used to be with us. Though he didn’t do anything harmful to us, his behavior was a sign of threat to us”.
“Thus, to calm him down we gave to him milk but strangely he did not even thank us as usual. It was as if we owed him the milk or a must we had to accomplish by giving him that milk. Not only that, even before leaving he added: “What are you still doing in my country? You should be chased out of it.” And then he left with 20 liters of milk”.
“Nevertheless, we never saw what was coming because in our family we had set in our minds that just because my father was generous through giving cows to various people, we were safe and our so called friends would protect us in case things would go wrong. Afterwards, the bad news was spread that the Mayor sent messages all over saying that ‘the work of cleaning should be started and that meant killing the Tutsi’”.
“Immediately, my brothers who had gone to work got killed. We didn’t know what to do or where to go. At that very moment, one of our neighbors came to inform us about how militias slaughtered our herd of cows and took the meat with the skins like animals and he advised us to escape in order to live”.
“On his way back, he met a group of militias that was sent to kill us. So, he started to shout with them to make sure we hear what was going on. Then in a blink of an eye we hide behind the house in the plantation of sorghum”.

“From that day, we started to hide during the daytime and to walk at night”.

“The following day we heard people saying that the Mayor was in the area and we thought that we were safe in his presence so we walked out of the forest. Then the mayor ordered people to gather us and take us to a place called CND where we were to stay and get killed thereafter. A meanwhile, one of my neighbors approached and told me that my eldest son was thrown in a septic tank where I was taken after begging and found him still alive but full of filthiness”.
“Miraculously, before a truck full of militias were sent to massacre us, FPR reached and saved us, but still no one could believe it was over and our hearts were full of agony and untrust”.
“During that horrible tragedy, I lost many of my family members including my father, my brothers, my aunts and the grandfather of Aldo. And up to now I still can’t forget the scenes of dead people and all my belongings that vanished away. By then, Aldo had few months and I was carrying him on my back wherever I would hide”.
“After the genocide, the family had lost everything and it was quite impossible for us to regain the life. Apparently, we were desperate”.
“That’s why each month of April has become a month of sadness and nightmares”.

And that will to regain life was the starting point for AVSI to intervene to help Aldo. At that time, he attended primary school when AVSI was looking for families with kids in need in Gatsibo. He was chosen too and Aldo joined the Distance Support program.

According to him the presence of AVSI social workers through regular visits to his family and at school, gave him strength, tangible support and encouragement to study better and succeed. With all he learned through different recreational activities such as raising awareness on the value of life, the patronage, the exchanging programmed activities,
Now, he feels sufficiently equipped to build his own future as he was able to rebuild unity and reconciliation. The commemoration of the genocide for him is the foundation of his future.