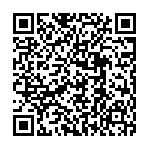 From 4th to 21st March “Ensemble” told the story of the MEO Centre in Burundi, supported by AVSI Foundation and Fondation d’Harcourt, aiming at rebuilding the future of a community devastated by war.

In the framework of the 25th session of the Human Rights Council, the United Nations Office in Geneva celebrated the experience of the MEO centre in Burundi by hosting an original, unusual photo exhibition, organized by AVSI Foundation and Fondation d’Harcourt.
Within the dramatic context that is Africa, Ensemble’s images detected a path of hope among children’s eyes and women’s smiles giving a face to the dignity of the person as a unique and unrepeatable being. Beyond poverty or sickness. Beyond hunger or abandonment.
On March 12th the exhibition was inaugurated through a meeting of eminent persons such as Mr. Michael Møller, Acting Head UN Office at Geneva, H.E. Arch. Silvano M. Tomasi, Permanent Observer of the Holy See to the United Nations at Geneva, Mr. Pierre Claver Ndayiragije, Ambassador, Permanent Representative of Burundi to the UN Office at Geneva, Mr. Maurizio Serra, Ambassador, Permanent Representative of Italy to the UN Office at Geneva, Mr. Christopher Aparr Onyanga, Ambassador, Permanent Representative of Uganda to the UN Office at Geneva, Ms. Gaia Montauti d’Harcourt, Member of the Board of Fondation d’Harcourt, Mr. Alberto Piatti, President of AVSI Foundation, Elie Fernick Ngerageze, young man from the poor areas of Bujumbura, Burundi.
From this panel, it stood out that education intended as “schooling” is not enough. Instead, a more holistic approach is crucial. Development first and foremost comes from the enhancement of the dignity of the person, from education and the companionship given to each human being who is enabled to find his or her own path in life. As for Elie, 22 years old, living in a slum of Bujumbura, who, thanks to the companionship found at the Meo Centre can now attend university: “AVSI gave me the chance to grow up and to believe in a better future”.
From 4th to 21st March “Ensemble” presented a short video and thirteen still images captured by the American photographer Brett Morton showing many years of commitment to human rights through the faces, gestures and smiles of a whole community which has been given new life via education.
The “Lino Lava” MEO (Mamans Enfants Orphelins, i.e. Mothers Children Orphans) centre is located in Cibitoke, one of the Northern suburbs of Bujumbura, the capital city of Burundi, and is a safe and secure meeting point for children, their mothers and war orphans. The centre has been built thanks to the support of CBAU (Comunità Biellese Aiuti Umanitari), a not-for-profit organization based in Italy (Biella) which has been working with AVSI since 1999. Since 2012, the activities of the centre have been significantly improved as a result of the contribution of Fondation d’Harcourt, which pays special attention to the psychosocial development of children and their families. Today, the centre is managed by 6 social workers reaching around 800 children and their families, a total of about 3 thousand people involved.