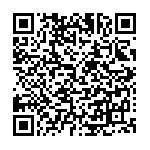 The seminar's objective was to raise the awareness and understanding of the policies to participate in the objectives of the Post-2015 Agenda and Sustainable Development, as well as to establish cooperation channels between different development stakeholders and civil society organizations in a range of European countries.
The meeting was attended by Spanish politicians, representatives from CSOs and various institutions committed to international cooperation. The speakers ranged from Spanish representatives of institutions and international organizations, such as the European Union, the Spanish Agency for International Development Cooperation (AECID) ans the United Nations Development Programme (UNDP), to international players from Italy and Portugal.
Among the interventions, Amalia Navarro, Coordinator of Communication and Alliances for Spain and Latin America, United Nations Millennium Campaign in Spain, spoke about "The future we want for all: the United Nations position on the Post-2015 Agenda" and stressed that the bottom-up approach is the great difference in comparison to the MDGs’ process.
Jesús M. Gracia Aldaz, Secretary of State for International Cooperation and Latin America (MAEC) at the Spanish Ministry of Foreign Affairs, confirmed Spain’s interest in international cooperation. He highlighted that middle-income countries, which account for 30% of the world’s poor, should not be forgotten in the priorities of the new agenda.
Artur Rêgo, CDS-PP Member of Parliament of the Republic of Portugal, offered a view on Portugal's position in the definition of the Post-2015 Agenda. He stressed the importance of including reproductive health intended as an essential element to protect life and to create sustainable development.
When it was Italy's turn, Piergiorgio Sciacqua, First Vice-President of IPCM, President of the National Body for Training and Formation of Workers (EFAL), introduced Maria Teresa Gatti, AVSI Knowledge Center & Communication Director, who commented on Italy's position in the definition of the Post-2015 Agenda. She highlighted that the core of sustainability is the person, and therefore the importance of focusing on poverty and keeping together the three dimensions of sustainable development – environmental, social and economic. She also stressed the need for promoting subsidiarity and supporting Civil Society Organizations, which play a key role not only as advocacy but also as service providers.
The International Seminar on Post-2015 Agenda and Sustainable DevelopmentDownload the program