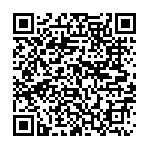 Calabanga, Philippines – Recently, Sister Margherita della Benetta, who works in close collaboration with AVSI, was fortunate enough to interview Dr. Marylendra Penetrante, a clinical psychologist working at her school in Calabanga. Dr. Penetrante had recently returned from Typhoon Haiyan’s “ground zero”. The following is a transcript from the interview:

When did you visit the areas affected by Typhoon Haiyan? I visited Tacloban on November 10th, three days after the typhoon. I wanted to personally assess and identify services that were needed there and to see what I could offer at the time. I went by bus with other rescue volunteers. We traveled from Albay to Sorsogon for nearly two hours. Then we rode the barge from Matnog, Sorsogon to Alen Samar for seven hours. We spent another six hours traveling from Samar to Tacloban because the roads still hadn’t been cleared. In total, we covered over 400 kilometers.
What places were most affected by the typhoon? Tacloban City, Guiuan, Basay town and Palo Leyte. Coron, Palawan was also severely affected along with the Bantayan Island in Cebu.
What were your impressions of the disaster zone? For the first two days I felt numb, almost anesthetized. It seemed as if all of my emotions were blocked in some way. I was in a state of paralysis. The entire situation was depressing, and felt hopeless. It looked like the end of the world. For the first two days I couldn’t bring myself to do anything. I didn’t even know where to start. Everybody was busy removing dead bodies and clearing the roads. The smell was horrible. The first thing that I thought to do was contact an NGO in Legazpi that provides hygienic masks. We were lucky because in a very short period of time they sent 4,000 masks and we distributed them immediately. I was shocked to see that majority of the buildings had been completely blown away. They were gone. Only the support columns remained. When I first arrived, the kinds of services that I would normally provide were really not needed. People were in desperate need of food, water, clothing and shelter. It was a situation where even the most dignified people acted in a way that you would never expect. There was looting everywhere. At a certain point a policeman we met commented on how shocked he was to see that even his high school teacher was looting the local mall.
What are the priorities right now for helping the victims? If I were to categorize priorities, I would do it by phases. During the first phase (the first two weeks) or the survival phase, the most pressing need has been for food, clothing and getting the roads cleared. During the second phase, temporary housing and tent cities will need to be built. When I arrived, the government had already put up several of them. During the third phase, medical attention will be necessary. This is the phase when children and senior citizens start to get sick. During the fourth phase, psycho-trauma therapy is needed. People will need help processing their experiences and to be given tips on how to cope with their situation. During that phase, it is very important that we bring students back to school and create a routine that will give them a sense of normality. The faster we can bring back their ordinary routine the better. This will also help give them hope, something that they all are craving right now.
We have heard that there are many people that have been displaced. Where did they go? It’s true. Many are leaving. More than a thousand of people are leaving every day to Manila, Cebu and other places. Many of them are accommodated in tent cities, but some prefer to stay with their relatives and friends. Many are just trying to go as far away from their homes as possible and it’s if they want to erase what they have gone through.
You will be back in Tacloban in late December. What will you do there? I will provide therapy sessions for children and senior citizens. The sessions will give children an avenue to express themselves through art and to process their traumatic experiences. The whole purpose is to help them cope in a healthy and productive way.


Sister Margherita della Benetta, who works in close collaboration with AVSI, has planned a series of actions to rebuild the affected areas, starting from the needs in the field. Some interventions which will be implemented during the next months include: