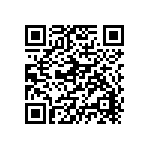 While the country was experiencing a new crisis AVSI evacuated its Italian staff. Now that the situation is more stable the personnel is ready to go back and to start again, looking for normality and confident about the positive of the South Sudanese people.

On the evening of 14th December, a faction of the Sudan People Liberation Army, linked to the dismissed vice president Machar, caused a political crisis. The fighting spread soon beyond the capital, Juba, to other region of the country, especially Jonglei and Unity States, largely along ethnic lines. The president Salva Kiir belongs to Dinkas, while Machar to Nuers. The pick of the crisis was reached on 19th December when a UN compound was attacked in Akogo, Jonglei State, resulting in the death of two Indian UNMISS peacekeepers. So far, an estimated 189,000 people have been displaced by the current crisis in South Sudan with some 62,000 people seeking shelter in UN bases across the country.
Currently, the two main parties to the hostilities sent delegations to Addis Abeba, Ethipia, to participate in ceasefire negotiations. AVSI Italian staff, present in South Sudan in three different locations, Juba (Central Equatoria), Torit and Isohe (Eastern Equatoria), has been evacuated on 19th December: some through Uganda and some others from Juba thank to an aircraft sent by the Italian Foreign Office.
As Anna Sambo, AVSI Country Representative in South Sudan told the Italian press, the situation was really tense in Juba, hearing many gun shots and blasts, and with the presence of the military tanks around the capital.
Anna, what was the most difficult moment?
“For sure it was the day before the evacuation. The fighting had stopped but in Juba there were rumors about soldiers coming down the mountains to take the city. People feared an ethnic cleansing and many sought protection within the United Nation base. We feared the airport would have closed and the phone lines were not even functioning”.
Did you expect anything like this? Were there any rumors about ethnic cleansing?
“Rumors said that soldiers were looking for other tribes members. There are the Nuers, sedentary farmers, loyal to the former vice president Machar and the Dinkas, agro pastoralist, supporting the current president Salva Kiir. Actually, the coexistence of the two ethnic groups has always been quiet. AVSI employees belong to both tribes and they have never gone beyond the simple joke about each other origins”.
Which are your predictions for South Sudan?
“The country was already devastated, coming from a long civil war and with people living in high poverty. There are still so many weapons around. The latest reports spoke about fighting over the mountains and the fear is always about oil. The concern is that these fighting have a clear objective and the situation might run out of control”.
Nowadays the situation is still tense in Juba and in some states like Jonglei, Lakes and Unity. Fortunately, Eastern Equatoria where AVSI is implementing all the main activities is calm, to the extent that AVSI Italian personnel will soon go back to the country in order to begin again. Given the functionality of the area, it is crucial to restore the normality and to give positive signs of hope to the people of South Sudan.
AVSI and the South Sudan Crisis