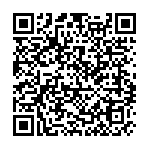 "The European Union is determined to help Myanmar pursue the path of peace, democracy and sustainable development; building up trade and investment, respecting human rights and fundamental freedoms and rebuilding relations with the international community. This first meeting of the EU-Myanmar Task Force brings together all of our instruments in order to take our partnership to the next level."With these wordsCatherine Ashton,High Representative of the Union for Foreign Affairs and Security Policy/Vice-President of the European Commission opened the first EU-Myanmar Task Force, held in Yangon and Nay Pyi Taw on November 13-15.

The meeting, co-chaired by Catherine Ashton alongside U Soe Thane, Minister in the President of Myanmar’s Office, brought together leading political, development and economic actors as well as civil society groups and NGOs to discuss Myanmar’s on-going social, political and economic transition including facilitating and delivering comprehensive EU support at all levels. It comprised several high-level events including a forum for debate on the progress made and challenges faced by Myanmar, the economic opportunities, as well as on the EU’s contribution.
AVSI participated in the  Development Forum with interventions from Union Minister for National Planning and Economic Development, Dr Kan Zaw; EU Development Commissioner, Andris Piebalgs;  Chairperson of the Parliamentary Rule of Law Committee, Daw Aung San Suu Kyi; and the Vice-President of the European Commission, responsible for Industry and Entrepreneurship, Antonio Tajani.
The forum highlighted Myanmar’s development priorities and challenges such as the strengthening of the EU-Myanmar partnership, EU support for private investments in the country, the importance of social and political development for Myanmar’ s economic growth, the need to focus on rural development, governance, education and peace-building.

"We believe in economic development rooted in social and political development of the country as a whole" the Nobel Laureate Aung San Suu Kyi said stressing the need for strong European support to the process of democratic and economic transition in Myanmar.
Antonio Tajani highlighted that “Europe wants to build an economic and political partnership with Myanmar, in particular through cooperation in strategic sectors, such as industry, SMEs, raw materials, standardisation and tourism."
AVSI started its activities in Myanmar in 2006, following the massive tsunami that hit the country. Since 2007, AVSI, through the Distance Support Program and in collaboration with local partners, has been implementing educational activities for 500 children and adolescents, and supporting the Pediatric Heath Center in the Diocese of Pekhon.
Since the beginning of 2008, AVSI has been implementing agricultural and food security projects in collaboration with the Food Agriculture Organization of the United Nations (FAO), the World Food Programme (WFP), the Myanmar Agricultural Services (MAS)and the Ministry of Agriculture and Irrigation, in 85 villages of the so called “Dry zone”, one of the most critical areas of the country, and in the municipality of Pekhon.