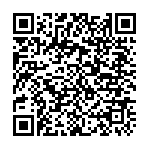 2013 is the year of Verdi and his 200-year birthday anniversary is celebrated not only in Italy but throughout the world as a precious treasure of all mankind.

On July 13th , the eminent conductor and music director Riccardo Muti, his wife Cristina, President of the Ravenna Festival, and all the artists involved decided to dedicate the open rehearsal of Verdi’s opera Nabucco to the children of the Little Prince, a school in the Kibera slum of Nairobi, Kenya, attended by about 350 pupils thanks to AVSI support. The event, held at the Palazzo Mauro de André, in Ravenna, was attended by around 500 people.
The chorus “Va, pensiero” from Giuseppe Verdi's opera Nabucco had already arrived in the heart of Africa, in Nairobi, through a memorable concert conducted by Riccardo Muti where the children of the Little prince School joined the choir and the orchestra of Italian musicians during the Concert for Friendship organized by the Ravenna Festival at Uhuru Park in July 2012.
This unforgettable experience has remained in the hearts of all the young participants but also of the maestro Muti and the Ravenna Festival who decided to support 30 children of the Kibera slum and their families in need, showing that the value of a great meeting can remain alive over time, beyond the initial excitement.
[gallery] The Little Prince was established in 2000 as after-school in a temporary infrastructure of the Kibera slum, with only a teacher and 7 children. Today the school is attended by 350 children and offers 8 classes (primary and secondary education), a nursery school, a library, an art studio, a theatre, a computer class, a canteen, a kitchen and administrative offices. The work done in recent years shows that children attending the Little Prince school grow up in a warm and stimulating environment suitable for their learning needs and come to school with a better dispostition of mind; ready for any new adventure.

Listen Verdi’s“Va, pensiero” performed by the children of the Little Prince school