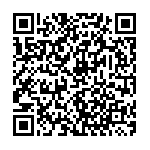 On May 10th, 2013, in Gicumbi District, Rutare sector, in the Northern province of Rwanda, the results of the“Eau, Source de Vie/Water, Source of Life” project, implemented by AVSI and MLFM, were presented.

Thanks to this 2-year project, started in 2011, and entirely funded by Italian donors, about 13.674 vulnerable people, especially women, children and people living with HIV/AIDS, have been reached and supported. Starting from the lessons learned from the great experience of AVSI-MLFM partnership, the intervention encompassed four different activities: provision of drinking water and sanitation services, community hygiene promotion, improvement of the health system, capacity building of local actors. The main results achieved within the intervention includethe rehabilitation of a water supply systemof 40 km and 33 public drinking fountains, the construction of 53 latrines in 4 schools attended by 4.093 pupils, the implementation of environmental actions including the protection of springs and 20,000 trees planted, raising-awareness activities for both the actors involved in the project and the beneficiaries on hygiene issues, the implementation of a monitoring system for the epidemiology of water-related diseases.
The presentation of the project was attended by several people, ranging from local authorities to representatives of AVSI and MLFM as well as the local community. Among the participants, Mr. Stanislas Kagenzi, Vice Mayor for Economic Affairs and Development at Gicumbi District, cut the ribbon at the opening of the public drinking fountain located in the center of Marembo, Rutare District, together with Mr. Giampaolo Silvestri, AVSI Executive Director.
During the ceremony Mrs. Mukandiza Beatrice, from the local community, thanked all the actors involved in the project for the services provided, in particular for having allowed children to attend school instead of fetching water far from the village. Today, she is aware of hygiene issues and prevention of water-related diseases and works selling safe drinking water.
Rwanda is one of the poorest country in the world, with a GDP per capita of 866 USD. 90,3% of the population lives below the poverty line, with less than 2 USD a day, and severe malnutrition negatively affects 45% of children aged 0-5 years. Even in the field of water and sanitation the situation is serious: 66% of the population has no access to safe drinking water and this rate is very high taking into account that Rwanda is a country with a small area and a large amount of water resources. Before the AVSI-MLFM intervention, the existing water supply system in the Gicumbi District amounted to 286.8 km., of which only 39,6 km were in good conditions and 247,2 had to be rehabilitated. Only 37,3% of the population had access to safe drinking water, and this situation had a strong impact on the incidence of water-related diseases