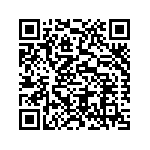 “I went to South Sudan to document the life of the youngest nation in the world: a country still marked by the scars of a conflict that lasted more than twenty years, which does nothing to hide them, at least not yet”. Pablo Castellani, a young filmmaker, describes Like a child, his shortdocumentary on South Sudan a year after the Proclamation of Independence. The celebration of the first anniversary provided him with the opportunity to tell the story of the country through the witnesses of AVSI staff members; through colors, dance and the birth of a child.

South Sudan became an independent Republic on July 9th, 2011. AVSI works in two of the ten federal states of the country– Central and Eastern Equatoria – in collaboration with local authorities and communities, providing basic services such as education, healthcare and water. AVSI is co-lead of the UNICEF education cluster in Eastern Equatoria, acting as the main NGO point of reference for all of the State educational programming in partnership with the UN agency. Moreover, thanks to the Distance Support Program, AVSI directly reaches 250 children.
Castellani tells his story: “I arrived in one of the poorest countries in Africa without knowing exactly what I would find, without imagining that what I saw, breathed, felt and lived would touch me so deeply, radically changing my way of being and seeing things.
I saw a village trying to turn into the capital of a state from one day to the next; crowded streets bustling with people; houses and buildings springing up ’overnight’; what remains of an army putting on its best amidst thousands of difficulties and contradictions for Independence Day.
I discovered a country tried by the war that decimated its tribes and eradicated its ancient culture; by hunger that, when there’s nothing else, even devours your soul; by malaria that takes children away during the night; but in spite of everything, I saw a joyful people, at least for one day, for having gained freedom which has no price, as some people told me walking along the streets of Juba just before the dawn of Independence Day.”

“I discovered a world of humanitarian organizations which try to help the population and work among thousands of difficulties and problems; they do it because it’s right, even if progress can be counted on the fingers of one hand and the slightest hitch is enough to make you have to start all over again. I met many  wonderful people who have made a difficult choice, to support those in such extreme need that they sometimes don’t even realize it.
There, I sensed a rich and authentic humanity, and when I returned home I realized how I missed it, along with the faces of the people with ebony-black skin.
I saw death in action and I documented it, hidden behind my camera to not lose myself, and after just one day I witnessed the birth of a new life, a fragile hope, who I think of often,  wondering what she is doing and hoping she is still alive.
I lived one of the most powerful experiences of my life, which made me realize the value of what we have, and how big and diverse the world is. I lived an experience that I can’t wait to repeat.”