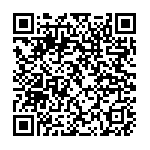 April 22nd was Earth Day, declared by the United Nations to raise awareness on environmental issues and safeguard people and the planet. AVSI has many stories to tell of projects throughout the world where people is helped to understand earth as an invaluable resource, a vehicle for education and an opportunity for growth.

One example is the Ivory Coast, where thanks to the “Nouveaux Horizons/New horizons” project, co-funded by the European Union, the youth of Abidjan are learning what it means to take care of the earth and the importance of hygiene and environmental protection. The slogan “Balaie devant ta porte”, which means “Clean up around your house”, is on everybody’s lips.
76% of the 4,300 youth reached by the project live in a dirty and insalubrious environment. In fact, Abobo is one of the unhealthiest neighborhoods of Abidjan. Garbage thrown on the streets, open sewers, stagnant waters, bad habits are just some of the factors that make the situation difficult and led to invest in a massive awareness-raising campaign.
One of the challenges of the project is the implementation of 150 public interest activities: the first Saturday of every month young people choose an area of their district to be rehabilitated. Up to now this activity included 77 areas!
Thanks to the tools provided by AVSI, it is possible to repair roads in poor condition, to weed abandoned public areas, to clean schools and hospitals, to enhance the livability of the district. That’s not heavy work, but small actions that aim to set a good example and raise awareness, involving the whole community in a bottom-up change process.
Young people involved in the project, equipped with gloves, masks, wheelbarrows, shovels and rakes, witness the importance of personal commitment for a change able to reach the community as a whole. Only through the contribution of each and every citizen it is possible to live in a cleaner place.
According to Miriam, a girl involved in AVSI’s activities, “A little gesture can go a long way. If every morning we clean up around our houses, living in Adobo will be nicer!”
Daniela Gelso, AVSI project manager, states “The impact of the initiative on the community is positive because, thanks to the example of youth, people are gradually joining the activities, giving rise to an effective cooperation” It’s a sign that tells us these people are learning that change starts from them.