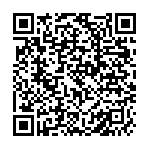 More than 56,000 refugees, originating mainly from the Democratic Republic of the Congo (DRC) are currently being assisted by UNHCR in Rwanda. The majority of refugees were displaced by armed conflict and violence in the DRC which occurred during 1996-1998.

The prospect for their return depends on the improvement of the security situation in the DRC, which has remained unstable for many areas.  In 2012, fighting between DRC s resulted in mass internal displacements within North Kivu and significant population movements into neighbouring Rwanda and Uganda. New arrivals were registered and provided with basic assistance at the Nkamira Transit Centre and afterwards relocated to Kigeme camp
UNHCR works in the four camps (Gihembe,  Nyabiheke, Kiziba and Kigeme) with the Government, via the Ministry of Disaster Management and Refugee Affairs (MIDIMAR) established in April 2010, and with the support of several international NGOs: Africa Humanitarian Action (AHA), American Refugee Committee (ARC) and Adventist Development and Relief Agency (ADRA). It also works closely with WFP to provide food rations and has established a partnership with UNICEF on child protection interventions through its implementing partner AVSI.
In order to respond to the protection needs of refugee children, UNHCR has established a partnership with UNICEF. The goal of the current intervention, is to reinforce the child protection system in the refugee camp and has two objectives: a) to build the refugee community’s knowledge and capacity to protect and take care of children at risk; b) to establish and provide holistic rehabilitation services for children who are victims of abuse, neglect and exploitation.
The key objectives of the KAP Survey were: A mixed method approach was used throughout the research, incorporating methods of collecting or analysing data from the quantitative and qualitative research approaches: the mixed methods approach allowed to investigate the complex nature of the phenomena from the participants’ point of view and the relationship between measurable variables, thus to draw from the strengths and minimize the weaknesses of the quantitative and qualitative research approaches.
Data collection tools included structured household questionnaires, focused group discussions guidelines and key informant interview guidelines. Data collection took place between mid November and Mid December 2012.
Quantitative questionnaires were distributed to a total of 598 respondents, resulting in 315 interviews with caregivers and 283 with children. Questionnaires were administered in Kinyarwanda face-to-face by three Rwandan researchers that assisted the respondents throughout the compilation process.
The qualitative survey was carried out through Focus Group Discussions (FGDs) and Key Informant Interviews (KIIs) with the most relevant stakeholders in the related area of child protection.
A total of 30 person, among CPCs’ (Community Protection Committees) members, religious and community leaders, and schoolteachers participated in FGDs, and 25 persons among Government officials, and International Organizations and NGOs personnel.
Analysis of the data was through a computer based statistical package for social sciences (SPSS) software. Data from FGDs and key informant interviews was analysed using the content analysis techniques. Inferences were drawn from the data analysis, which formed the basis of the findings presented in this report.
Overall, the research shown that a satisfactory child protection process was on-going in the three camps.  However, some gaps and challenges were identified.