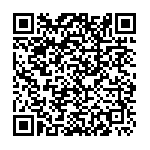 The good news in Sub-Saharan Africa is that an ever-increasing number of children have access to formal education. Corresponding to this growth is the soaring demand for qualified teachers: UNESCO estimates there is a need in Africa for an additional 2.4 million teachers by 2015 in order to provide quality instruction for the continent.

The majority of these teaching positions are filled by men, while women constitute less than 40% of new hires. This factor exacerbates the problems related to unequal education for girls: fewer female teachers means fewer girls enrolled in school, which and this translates to even less concern given to the status of women in contexts where they do not receive adequate social consideration.
Not willing to shy away from this challenge, AVSI and the Ugandan Permanent Centre for Education (PCE) have developed a unique formation course for the young Somali women who are residents of the Dadaab refugee camp in Kenya, where AVSI and PCE have been organizing teacher training sessions since 2010. Clara Broggi, a PCE trainer and education specialist attests to a more human way of interacting that is spreading among the 50 female teachers who participated in a recent course, with funding from the U.S. State Department’s BPRM (Bureau of Population, Refugees and Migration).

The most recent session took place from February 18-20, and focused on the value and dignity of the person, addressing psychosocial vulnerabilities. The course has been used by AVSI and PCE in Dadaab and in other contexts; but participation of women in the camp was historically well. This time, the course was specially adapted for its audience, helping each woman to understand her own dignity, and preparing her to identify and face psychosocial issues in her students.
It was the first training of its kind in the 20-year history of Dadaab: the 50 women teachers came from all 3 sections of the camp, each taking responsibility to arrange transport and overcome obstacles like the hesitancy of her husband, who may just be concerned that his wife come home in time to prepare lunch for the family. What most amazed the organizers (especially those who have lived a long time in Dadaab and know the context well) was the seriousness the trainees displayed by their punctuality, consistent attendance, and high level of participation in the interactive sessions.

Because one of the teachers being trained was hearing-impaired, a Kenyan sign language interpreter was brought in for the course. At the end of the 3 days, she expressed her surprise: “Maybe you don’t realize what a great thing you have done. As an interpreter, I have attended many courses; but I have never seen an attention like this. The topics were so interesting that the women always came; they stayed in the room even through the afternoon when it was so hot; and they started to express themselves, to give their opinion and talk about their problems. It’s a miracle! I’m sure that they will carry what they experienced these days with them back in the camps.”
Even in 3 short days, there were noticeable changes among the women at a social and human level: on the first day during the breaks, the women all scattered into groups based on the camp they live in; on the third day they said good-bye hugging one another and asking how it would be possible to meet together again. The first day the only teacher who was not Muslim sat alone, by the third day, the seats around her were filled by smiling and kind colleagues.
Broggi is honest about her experience: “Coordinating this course was not easy, with cultural and social differences to overcome among them and with myself; but—to say it once again—what won out in the end is the fact that the human heart goes beyond all barriers and, when it is touched at its deepest level, it can’t help but create unity and a new humanity.”