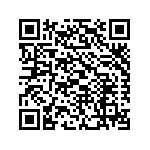 An ice-cold snow is falling over the Middle East and even when the sun peeps out from the clouds, it’s cold. In the West Bekaa, in Lebanon, as well as in Amman, in Jordan, the situation is the same: thousands of refugees of the Syrian civil war living  in emergency tents or, if lucky, in shacks  without neither electricity nor heating.

In this framework AVSI implements several activities funded by the EU agency for Humanitarian AID and Civil Protection (ECHO), the Swiss Foundation San Camille and the AVSI’s fund raising campaign.
Winter is strainingSyrian refugees inneed of protection; at the moment  it is estimated that there are 168,074  Syrian families displaced in Jordan and 168,600 in Lebanon. AVSI, in collaboration with the UN Refugee Agency (UNHCR) and with the support of the EU agency for Humanitarian AID (ECHO) is helping  6,800 vulnerable families through the distribution of winter kits (blankets, stoves, fuel vouchers) in both countries.
The situation is worsening day by day:   the heavy snowfalls in Lebanon’s Bekaa Valley and in border towns of Jordan have strained the poorest family hosting Syrian refugees so that  a swift  action is needed.
AVSI in partnership with the St. Camille Foundation is  supporting 100 Syrian families  who fled Damasco and Homsand found shelter  in tents and shacks in the cold agricultural fields of the village of Qaraoun, in the Western  Bekaa, by providing them with winter kits.
But winter cold is not the only concern. The international humanitarian community has identified child protection and school support for Syrian families as priority issues. The United Nations estimates that 50% of refugees are children.
AVSI emergency team based in Beirut will start in February a collaboration with UNICEF Department of Education and Child Protection by implementing an intervention in four public schools with high attendance of Syrian students: weekly remedial classes will be organized and a “Child Friendly Bus” will move among rural communities and the poorest suburbs where Syrian families have found shelter in order to organize recreational activities and provide psychosocial support to people in need.