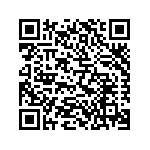 MASP, AVSI partner in Kazakhstan, celebrated 10 years of activity with events and meetings from 28th October to 4th November, in Almaty. Great participation by employees, partners, friends and local authorities.

In these 10 years, MASP implemented several interventions such as physical rehabilitation and socio-educational activities for children with disabilities, training for social workers, campaigns to raise awareness about HIV/AIDS issues among adolescents and young people at risk, vocational guidance and training, job placement assistance for socially excluded people.
Hundreds of people have been reached by these projects, in the belief that the person can shape his/her future only by becoming aware of his/her own value and dignity.
AVSI started its partnership with MASP in 2003. Two years later, the Distance Support Program was launched and currently involves about 400 children, mostly in the Almaty region, living in poverty or who have been abandoned.
MASP organized several events to celebrate this important anniversary, starting from a lunch at the Youth Center and the celebration of the Mass with the Bishop of Almaty, Xose Luis Mombela.
Mariella Carlotti, high school teacher and art expert, took part in the celebration and spoke about the construction of the Cathedral of Milan and the frescos of the Allegory of the Good Government in the Palazzo Pubblico of  Siena.
The aim of all the meetings was highlighting that welfare starts from the person, not from a political or economic mechanism.The theme of the centrality of the person, that has been a priority for MASP in these 10 years, also came out in the meeting with Tatiana Kasatkina, who presented Dostoevskiy’s work.
The Apostolic Nuncio to Kazakhstan, Miguel Maury Buendia, andthe Honorary Consul of the Italian Embassy in Almaty, Domenico Sermasi, expressed their best wishes for MASP’s activities.
According to Silvia Galbiati, AVSI representative in Kazakistan and MASP Executive Director “In these 10 years we have implemented so many projects and reached a huge number of beneficiaries, we have learned that projects and figures are important but what really matters is the single person behind numbers and projects”.