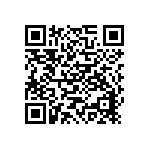 The number of Syrian refugees is growing every day. AVSI continues its commitment to supporting people fleeing from the war through the activities carried out by the Custody of Holy Land and the neighboring Lebanon, where everything is getting worse with the intense cold of winter.

According to a UN report, a remarkable increase of Syrian refugees in Jordan has been recently recorded. The first ones who arrived in the region were the families with relatives in Jordan and young people who took part in the opposition to the Syrian regime. At the moment it’s estimated that there are about 250.000 Syrian refugees, not all of them are registered with the UNHCR, the UN Refugee Agency.
Many of these young people are illiterate or have a very poor educational background, this is the reason of their exclusion from the labour market in Jordan and this situation often creates serious problem in the local communities which host them.
AVSI has started the project “Education and training for young Syrians and summer school in the area of Mafraq!” with the involvement of young people to promote their integration through, vocational training, recreational opportunities and dialogue. Due to their precarious living conditions, campaigns and training for the families on health, hygiene and nutrition are organized within the project.
Moreover AVSI, thanks to the collaboration with Caritas, supports refugees during the cold season through the distribution of Food and Non Food Items in the cities of Amman, Irbid and Mafraq.

The number of Syrian refugees is growing every day, about 400 people every week reach the North of the Country. People who receive protection and assistance in Lebanon are 269,281, of which 176,849 are registered with UNHCR and 92,432are still waiting to register.
In the Delhamiya refugee camp, in the village of Talabaya, Bekaa Valley, and in  Terbol there are 200 Muslim families, mainly women and children, coming from the Syrian region of Homs, living in tents made with rags in dramatic hygienic conditions.
Children don’t attend school and their parents work only occasionally as daily farm workers, unable to earn enough to survive. Despite the Ministry for  Education allow Syrian children access to public school, the integration process is very complex. The main problem is that the Lebanese teaching method is very different from the Syrian one. For this reason, the Lebanese Ministry for  Education has developed a specific learning program to allow Syrian students to integrate into the Lebanese educational system within the next 6 months.
AVSI is working in two main intervention areas through the help of a team dedicated to the emergency: the first one focuses in supporting refugees during the cold season through the distribution of Food and Non Food Items such as blankets, stoves, kerosene and clothes. AVSI has registered 2250  refugees in need up till now.
The second one is education: AVSI’s deep experience in this field has allowed to carry out an in-depth assessment  in 21 public schools  in the districts of Marjeyoun, Bent-Jbeil and Hasbaya which are attended by almost 20% of Syrian children who have taken refuge in Lebanon. Among these schools, 13 have been selected, attended by 3.288 children, of which 569 from Syria (18%) e 2719 from Lebanon. In order to support students AVSI organizes literacy and socio-educational activities.
In addition, AVSI, together with CARITAS, has set up a Mobile Clinic, which has become a reference point for thousands of people. The idea is simple as well as  effective: a team of doctors and social workers follows a regular path from village to village meeting  anyone  in need.

Donate now by bank transfer or on-line donation at www.avsi.org