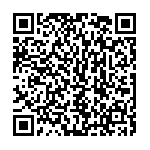 Freedom of religion is a basic right of each person and the protection of religious minorities worldwide should represent a priority to governments, international organizations and NGOs. This issue has been at center of the event co-chaired by the Minister of Foreign Affairs of Italy, H.E. Mr. Giulio Terzi,  and the Minister of Foreign Affairs of the Hashemite Kingdom of Jordan, H.E. Mr. Nasser Judeh, on the margin of the UN General Assembly in New York on September 27th.


AVSI attended this side event at the United Nations on the day of its 40th anniversary. AVSI was founded on September 27th , 1972, by a group of friends  united and motivated by a drive to share their own humanity. Today AVSI carries on its commitment in promoting human dignity through development cooperation activities all around the world, mainly focused on education.
The programChairs’ SummaryThe speech of the Minister of Foreign Affairs of ItalyThe speech of the Representative of the Italian Islamic Religious CommunityThe speech of Deogracious Adrawa Droma and watch the videoThe interview with Deogracious Adrawa Droma