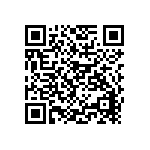 While our new Annual Report goes to press, our memory goes back to 40 years ago, in 1972, when the Association of Volunteers in International Service was created.

AVSI was founded by a group of friends to support the work of those friends who had left their homes and jobs to volunteer on a long-term basis at Kiringye, in the Ruzizi Valley of Ulvira, Democratic Republic of the Congo, in response to the invitation of the local community to cooperate in the reconstruction efforts following almost ten years of rebellion and violence.
In 2011, 40 years later, AVSI has completed 99 projects in 37 countries of Africa, Latin America and the Caribbean, the Middle East, Eastern Europe and Asia.
In 2011 AVSI received contributions for a total amount of about 27 Mil. EUR in Italy and almost 41.5 Mil. EUR globally in the world. Among its major institutional donors there are UNICEF, the World Bank,  USAID, the European Union, FAO, the Ministry of Foreign Affairs.
The global crisis has affected AVSI’s balance, especially in Italy were the funds have decreased from about 34 Mil. EUR (in 2010) to about 27 Mil. This decrement is partially offset by AVSIforeign subsidiaries(consolidated financial statement), so that the total amount raised by the AVSI-system in the world in 2011 was about  41.5 Mil. EUR in comparison with 44 Mil. in 2010.
The decrease in Italy mainly concerns public resources. In Italy the proportion is: 35% public funds,  65% private funds. At the global level,  public funds reach 55% and private funds 45%.
Surprising similarities can be drawn today between that first program of AVSI at Kiringye and all the development projects of the following years. Such development was not guided bystrategic expansion plans but by a series of encounters with the people and investments in their responsibility and skills, and by valuing results and opportunities in the field.
Read the several lessons learned presented in the new AVSI’s Annual Report.