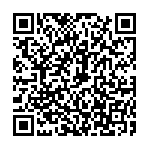 “By Nature, Man is Relation to the Infinite”: AVSI participated in the 33rd Meeting for Friendship Amongst Peoples and attended meetings with speakers such as J. Sachs, Director of the Earth Institute at Columbia University, G. Da Silva, Director of the UN Food and Agriculture Organization, Ertharin Cousin of the World Food Programme.

AVSI was present at the event together with  a group of young people from the artisan workshops of Haiti. The “atelier”, expression of the Haitians’ innate desire for beauty, is also a place where young people can find a viable, dignified alternative to illegality and a real chance to build their future. Meeting  them was certainly an opportunity to feed our hope and desire for the Infinite.

Within the wide program, we highlight the meetings involving AVSI: first of all  a discussion on the topic “The World’s Resources, Splitting or Sharing?” with Jeffrey Sachs, Director of the Earth Institute at Columbia University, and Paolo Scaroni, CEO of the Italian-based company ENI representing three of the four pillars of partnership needed to find solutions to growing environmental problems. According to Sachs “New creativity and dedication is needed in the alliance among non-profits, researchers, for-profits and institutions if we are going to face the challenges of global development best described as “complex”. Sachs, himself a researcher long dedicated to sustainability, confirmed the need for continued dialogue bringing together “scientists, technology leaders, great NGOs like AVSI and great companies like ENI together in active brainstorming, active problem-solving and promotion of demonstrated solutions”. Within the resulting social frameworks innovated to face environmental challenges, AVSI has its place as the link between the larger structure and single human persons, with particular attention to the marginalized and hardest to reach. Alberto Piatti, AVSI Secretary-General, described the necessity of this role, which he refers to as bridging “the last mile” (as described in his editorial), in every initiative of the international efforts for a better and more sustainable world. A comment from Ernest Sesay, representative of AVSI's partner in Sierra Leone, makes this point clear: “The last mile is precisely what we need in Sierra Leone, where we have 35% growth. It’s a growth that, if not directed to the most vulnerable villages and populations, will bypass and eventually trample over them. Imagine the example of a stream of water: either it is channeled into pipes properly sized to reach single homes, or it becomes merely a violent whirlpool benefiting no one.”

This year’s discussion closed with the invitation to Prof. Sachs to continue the dialogue, discussing progress made, and taking steps forward each year toward sustainable lifestyles throughout the world.


AVSI participated in two other presentations during the week. One focused on the global fight against HIV/ AIDS, including UNAIDS Programme Deputy Executive Director Dr. Paul De Lay, Gregg Alton, Vice President of Corporate and Medical Affairs of the California-based pharmaceutical company Gilead, and a representative from the World Health Organization. All of the presenters cited the need to focus on increasing access to testing, treatment and medicines through local organizations and on prevention, including prevention of transmission from mother to child, such as that accomplished through AVSI’s 10 years of work in Uganda, detailed in the publication AVSI FREE.

A surprising optimism emerged in the discussion on what might seem like an insurmountable problem: the food crisis. The conversation remained focused on the real people and contexts living in hunger, with both Etharin Cousin of the World Food Programme, and José Graziano de Silva, director of the UN Food and Agriculture Organization (FAO)focusing on the need for civil society organizations. De Silva used the concrete example of the Zero Hungerinitiative in Brazil under President Lula, saying: “We had the food, but we couldn’t locate those who were hungry. Those dying of hunger do not have an address, a bank account, or an ID; but are usually invisible. Poverty deprives them even of an identity. They have no voice or representation. And so we organized a roundtable with civil society: churches, volunteers, local leaders, and we were able to find the people in need.”
Piatti's closing words summarized the discussions that took place throughout the week: "A meeting like today’s proves that even those in the world of Institutions have ideals, for which they live and work, fighting for the promotion and respect of the dignity of the human person. It shows us that together we can do something significant, because at the bottom of the problem of hunger are men and women who need to be loved."
The prison system and recovery of convicts was the theme of  the meeting ”Vigilando redimere. What idea of punishment in the 21st century” among Nicola Boscoletto - President of Consorzio Rebus, Tomáz de Aquino Resende - Procurador de Justiça do Ministério Público do Estado de Minas Gerais,  São Paulo, Giovanni Maria Pavarin - President of the Surveillance Court of Venice, Luciano Violante - President of Forum Riforma of the State of Democratic Party. Mr. de Aquino mentioned  the Brazilian APACs’ experience as  a unique approach to prison regime.  The Association for Protection and Assistance of Prisoners (APAC) is a Brazilian not-for-profit organization which has been developing a methodology based on the concept of human valorization. AVSI supports APACs’ experience with the Alem dos Muros (“Beyond the walls”) project in the State of Minas Gerais, fostering prisoner’s human rights and social inclusion. Within the meeting ”Vigilando redimere. What idea of punishment in the 21st century”. Mr. de Aquino mentioned  the Brazilian APACs’ experience as  a unique approach to prison regime.
download the publication: UM NOVO OLHAR ALÉM DOS MUROS