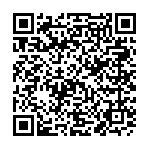 "In recent days, the U.S. embassy in Kenya issued a warning, stating that there was a strong risk of a major attack by al-Shabab militants in Nairobi that could hit government buildings and large hotels. Thus, the danger was in the air in the last few days, and we had been told that what is happening in Somalia could have repercussions in Kenya ".

Leo Capobianco, head of AVSI in Kenya, says this in an interview with IlSussidiario.net after the two bombings in Kenya and Nigeria yesterday. One dead and fifteen wounded is the provisional report on the explosion of a grenade inside the Maison de Dieu du Miracle church in Nairobi, while the toll of the attack that took place in the Bayero University in Kano, northern Nigeria, is at least twenty people.

What is behind these attacks? Attacks of this type are usually seen in villages near the border of Kenya, especially in the Dadaab refugee camp, but it is not the first time that they occur in other parts of the country as well. The goal of the attacks is to create panic and fear among the people, and especially to make the government change their mind about the raid they are carrying out in Somalia to eliminate the Somali branch of Al Qaeda. What we are witnessing, therefore, is a kind of revenge but it affects innocent people who have nothing to do with what is happening.
What can you tell us about the situation of Christians in Kenya and Central Africa? In Kenya, there are still a lot of Christians, far more than in other neighboring countries like Sudan or Somalia. It is clear, however, that there is an interest in destabilizing the country and sending a strong message to the Christians. Here the Muslim community is the weakest, and is located mainly in coastal areas, while the missionary work of the Catholics still lives on in the interior of the country, now for more than a hundred years.
In your opinion, how is the situation changing after the Arab Spring? Mine is a very personal opinion, based primarily on the various meetings I have had with the refugees in Dadaab. Talking to people, one gets the feeling that there is a fundamentalist minority which, in the name of the jihad, creates tense situations like the present one, with the aim of controlling the political and economic spheres of Somalia, but then, when one goes to meet the Muslim community, one is always under the impression that one is speaking to very simple people, not interested and not in favor of these things, and indeed fleeing their country because they could not take any more of it.
Thus, you believe that the real goal of the terrorists is economic and political control? There is always this feeling that behind the war against the Christian world there is another goal, namely to control resources and politics. The number of Somalis who decide to invest in various economic activities is also growing dramatically. With the money from the International Monetary Fund, it seems there is more and more money from various sources that allow the Somali rich to invest in economic activities and other things. The result is a sort of "invasion" from an economic point of view. In just one example, seven years ago I went to visit a town that is very far from the border with Somalia, known as one of the most Christian towns in Kenya. Today in that same town, there are many shops and businesses in the hands of the Somalis, so much so that many think that the Somalis are the ones who determine the market because, since they have substantial resources, they can lower the prices and undermine other local activities.
www.ilsussidiario.net