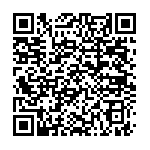 Commissioner Georgieva could meet AVSI staff and beneficiaries and was struck by the innovative “fair approach” to emergengy distribution. She explained how she was particularly impressed by the remarkable resilience seen in the faces of those who had suffered so much, so recently. Munembwe Bupande, the Village Chief of Luyuyu in South Kivu recounted the attacks of the Forces Démocratiques de Libération du Rwanda (FDLR) rebels which led to the displacement of his village in late December  2011 and explained that the Fair was the first aid to come to those of his village since the attacks forced them to walk nearly two weeks in search of safety. During the course of the one-week fair nearly 3,000 households received support through the AVSI-UNICEF Rapid Response to Population Movement (RRMP) Nyamirera NFI Fair.
The Fair approach to the distribution of humanitarian supplies is rooted in the desire to promote the involvement and dignity of those in need of emergency relief supplies.Rather than distributing a “one-size-fits-all” kit, families are able to shop in a simulated market, using $65 worth of cash vouchers to purchase  what they value most. Rooted in the recognition that an individual is best suited to decide what they need for themselves, the Fair is an alternative form of distribution that began as a pilot program in the UNICEF Rapid Response Mechanism (RRM) program in 2009 and grew to nearly 50% of the RRMP NFI distributions in 2011.