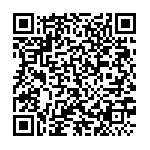 Almost a year after violent uprisings broke out in Syria, no end to the conflicts can be seen on the immediate horizon, and the toll grows heavier in terms of lives lost, persons injured and the increasing lack of basic supplies for large parts of the population.
AVSI Foundation, which has been collaborating for years with the schools and educational institutions of the Custody of the Holy Land, is supporting the emergency appeal of the Custos, also acknowledging the pressing appeal of Pope Benedict XVI on Feb. 13 to put an end to the violence and bloodshed in Syria.
All donations will go to benefit the Custody’s Franciscan monasteries in locations throughout Syria as they provide relief and medical supplies to local residents—offering aid to anyone left in need by the violence and by shortages of electricity, water and other essentials.

Below the message of the Custos of the Holy Land, Pierbattista Pizzaballa:
“After the great changes that have taken place in Egypt, the situation in which Syria now finds itself shows in an unequivocal manner how the Middle Eastern panorama is being rapidly transformed. A year ago such scenarios would have been impossible to envisage.
In these months of great tension, when Syria is being torn apart by internal clashes, and where the conflict seems to be assuming more and more the form of a civil war, the Franciscans, together with the few other members of the Latin Church, are committed to supporting the local Christian population.
The Custody is present in various areas within the country: Damascus, Aleppo, Latakia, Orontes.
The medical dispensaries in the Franciscan monasteries, following the tradition of the Custody, have become places of refuge and hospitality for everyone, regardless of whether they are Alawite, Sunni, Christian, rebels or government-supporters.
At a time of total confusion and dismay, many businesses, especially exporters and importers, have closed their doors. Only bare traces remain of the thousands of tourists who until recently were the lifeblood of a modern and flourishing industry which had created hundreds of jobs in the transport, lodging and service sectors.
Agricultural production is also facing grave difficulties. The international embargo prevents any possibility of exporting and prices have collapsed. The weakest elements of the population have inevitably been the hardest hit, and are suffering in particular from energy and water shortages. In the major cities there are power outages at various times during the day, if not for the entire day, and gasoline is rationed. All of this has created enormous difficulties for the population, who are forced to face the harsh winter temperatures with no means of heating their homes.
To be with the people, to welcome and assist those in need, without regard for race, religion and nationality. To guarantee, through its confident presence, religious services to the faithful because they understand the importance of remaining in one’s own country. This remains the sense of the Franciscan mission. In times not dissimilar from those in which Francis addressed the friars, exhorting them to maintain firm the values of the Gospel. In his simple exhortations Francis reflected the grace received from the Lord, and through his daily life testified to the acceptance of faith as the most dear and precious thing to be cultivated and strengthened. We friars, who find ourselves enriched by his extraordinary example, inherited without any merit on our part, have the task of emulating and transmitting the teaching of our master to future generations, so that they will be able to continue along the path traced out by him with such immense love and humble dedication.
We ask all friends to support, through a concrete gesture, the numerous Syrian Christians and the charitable works of the Custody of the Holy Land. The funds collected will be delivered rapidly to the resident friars in Syria, who will ensure they are used wisely and carefully.”
DONATE NOW