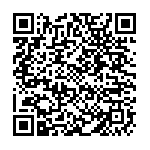 AVSI celebrates 10 years of prevention of mother-to-child transmission of HIV (PMTCT), 10 years of fight against AIDS in Uganda, 10 years of children born free from HIV, 10 years of healthy mothers, aware communities and an improved health-care system, increasingly able to deal with the epidemic.

FREE tells this achievement through the faces and stories of its protagonists. It does it with a report, a short film and a documentary, presented in Rome on the occasion of World AIDS Day, 1st December 2011, in the prominent Sala della Promototeca hall of the Campidoglio. The campaign was also presented at the Sapienza University of Rome, 24th January 2012, and at the World Youth Alliance event in Rome “Women’s Health, Maternal Health HIV/AIDS. Examining the public health evidence and data”, 24th March 2012. In July 2012 FREE will be at XIX International AIDS Conference "Turning the tide together" in Washington.
Ten years ago in Uganda, AVSI added the strategy of Prevention of Mother-to-Child Transmission (PMTCT) in order to extend its continued efforts to fight the HIV/AIDS epidemic, enabling HIV-positive mothers to give birth to children free from HIV.
AVSI started supporting PMTCT activities in 2002, in two hospitals in northern Uganda. In ten years, AVSI have supported 4 hospitals and 37 health centers. Here, in 10 years, Ante-Natal care and health services have been provided for more than 197.343 mothers. The whole health care system has improved.
PMTCT is a method to reduce the risk of infection of a child by an HIV positive mother. HIV is transmitted before, during and after childbirth. It can be prevented through education about sexual behavior and risk reduction, the provision of antiretroviral therapy and prophylaxis, obstetric interventions and changes in breastfeeding practices.
PMTCT does not only offer mothers the chance of having healthy babies, it also offers regular antenatal services. Through improving services for pregnant women, fathers and children, and  community involvement, PMTCT programs can be successful.

AVSI - FREE Voices From The Field