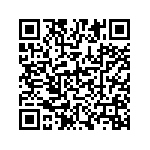 The Fashion-able Haiti initiative builds a bridge between the United States clothes’ market, the Italian fashion scene, and the earthquake-torn country in an innovative effort to stimulate economic growth in Haiti. Rome’s annual public fashion event “Donna Sotto le Stelle” (Woman Under the Stars) was the stage for the launch of the program with a runway show on July 9, 2011, featuring clothes and accessories crafted—and many designed--in Haiti.

Among the original pieces showcased were those produced in AVSI’s atelier (French for ‘workshop’) in Port-au-Prince. One example was a dress designed and made by Clotilde Moise, a 38-year-old seamstress who studied and taught at the Arts et Mode school of Croix de Mission, and now teaches at the Port-au-Prince studio. She is also involved in the job-creation effort to sustain families affected by the earthquake.
An initiative of the Embassy of Haiti in Rome, the project is made possible by the collaboration of the U.S. Congress Haitian Hemispheric Opportunity through Partnership Encouragement (HOPE) Act, which allows for Haitian-made textiles to be sold duty-free in the United States for the next eighteen years.
As part of the event in Rome, General Secretary of AVSI Alberto Piatti gave a presentation on the artisan workshops in Port-au-Prince. In his speech it was clear how the shops stand as evidence that the Haitians were not defeated in the face of natural disaster, but were able to stand up again motivated by the desire to create a new life.
The AVSI-sponsored ateliers give 25 heads of household and young people of the neighborhood the possibility to earn a living for their family. This means they can leave the overcrowded emergency camps and rent a new house or repair their old one.
Most of the clothes produced are casual clothing or school uniforms, but now with the help of Clotilde a new line of high fashion clothing has been introduced. Designs are created in collaboration with the atelier where Haitians add embroidered or beaded decorations.
James Lamarre, a 29-year-old artist and artisan, lost his boutique in the earthquake. Today, thanks to AVSI’s invitation to participate in their efforts, he teaches 30 young people about decoration and beading techniques in the Cité Soliel shantytown. Unique for its designs and figures inspired by the local tradition in Haiti, the work requires great care and elaborate detail.
Along with the dress designed by Clotilde, the fashion show featured Rebati Ayiti (Rebuild Haiti) bracelets crafted by persons with disabilities who were also victims of the earthquake. The project, which seeks to give the persons a renewed confidence in themselves and their own creativity, is assisted by psychologist Biguener Simeon and his attention to the social integration of participants.